Some of the latest reports suggest the new program to help homeowners avoid foreclosure is not working and that requests to set clearer goals for the program have been ignored. Some analysts say the program has barely made a dent in the foreclosure problem, and that failing to react could be causing further harm to the recovery.

Continued foreclosures will likely cause prices to fall even further, hindering the recovery of the weakest housing market in the US since the Great Depression. The aim of the latest homeownership program is to reduce payments for millions of homeowners struggling to keep up with bills. Reports indicate about 400,000 homeowners have been helped by the program, while about 530,000 have enrolled and dropped out.

A maximum of $50 billion was allocated for the program, of which a reported $250 million has been spent so far. Concerns are that it gives lenders too much leeway in deciding who qualifies for the program. The program is largely dependent on voluntary participation of lenders, who can often make more money by foreclosing and selling the property than by offering modifications to borrowers.

Most of the bailout programs have ended as the financial system is beginning to recover somewhat. There has been about $385 billion out of a total of $700 billion allocated for the bailout fund. As of June 30th, just under $200 billion had been repaid. In addition, they have also collected about $25 billion in interest and fees from companies that had received assistance.

They are currently working to approve the most significant reworking of financial regulations since the 1930s. The law includes provisions designed to reassure those who fear that the bailout fund could become permanent. The law reduces the size of the fund from $700 billion to $475 billion, and stipulates that money repaid be used to reduce the debt, rather than being spent on other programs. It also prevents them from using the money to create any new programs. 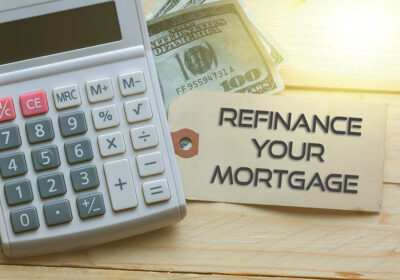 Finding the right mortgage note buyer for your situation can be a little overwhelming if you aren't too sure what...

Are you going to apply for a mortgage loan to finance a new home? Here's one important fact that you...

Are you planning to buy a new house for yourself or for your family? Buying a house in the current...

One of the best benefits of mortgage refinancing is the ability to take advantage of low rates so that you...

With rates historically low it's a good time to re-evaluate your mortgage. Whether you've lived in your home your whole...

Although it may seem to be a good idea, mortgage refinancing is not advisable at all times. You might be...